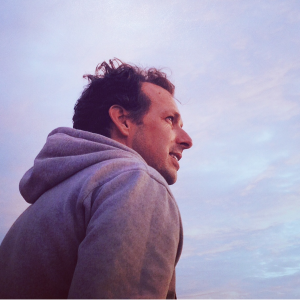 Last week a mixed group of friends and strangers sat around a table and shared stories about the turning points in their lives.

Full of intimacy, humour and surprise, the dinner was inspired by Stuart Candy’s wonderful concept of Stone Soup Dinners.

“The breaking of bread together and sharing of stories speaks to instincts at least as ancient as humanity itself.”

The theme of the night was “Turning Points”, which proved to be an excellent way to provoke personal reflection.

The stories people shared ran the gamut of love found and lost, epiphanies received, confusion and uncertainty, tragic accident, friendship, fate and heritage. They were invariably beautiful and astounding.

While the stories were diverse, a couple of themes emerged that provoked further conversation.

One is the idea that your entire fate can so utterly and completely rely on the actions and decisions of other people. That the opportunities and challenges we pursue are seldom solely in our hands. And that if we accept this reality, what does that imply for what we might do for others?

The other theme was about the frustrations and pitfalls of ‘doing what you love’. Several people alluded to the inadequacy and lack of nuance inherent in this cliche and instead attempted to draw various distinctions between work, life and personal expression. [Further reading here and here]

Stories were only intended for the intimate audience so I won’t share any more details than that.

The format of Stone Soup Dinners works very well — bring some food and a story to share! – and there were several things we learned:

Keep it ‘around the fire’

Although Stuart recommends having people stand and deliver their stories, we had a smaller group who preferred to stay seated at the dinner table and maintain the ‘circle around the fire’. This worked really well and added to the intimate atmosphere.

Getting the right mix of people is crucial especially when most people didn’t know one another very well. I invited roughly a third good friends, a third vague friends and a third who I’d been introduced to but never met. Having one person roughly ’curating’ people ensures there’s a thread of connection and interest which ensures things go smoothly.

Everyone brought an assortment of delicious food, however without giving people any guidance, it’s hard not to default to a salad. So we had lots of them! In future I might give people a little more guidance.

In the end we had 9 people in total which felt like a perfect amount. It meant everyone could meet and talk to everyone else, we could fit around one table, and we could finish at a reasonable hour! People tended to talk for about ten minutes each (plus 5 minutes of conversation), so it added up to over 2 hours – probably the limit of our active attention spans.

A personal thank you to the wonderful and fascinating people who made this evening so enriching. It was thanks to people’s openness and generosity that everyone left feeling very well nourished.

And yes, you should run your own Stone Soup Dinner.

So good to have my Dad visiting Berlin 🙂

The colour of the sky above me right now (Sydney)